Tommy DeVito, the lead guitarist for Frankie Valli’s The Four Seasons, has passed away.

Earlier this month, DeVito was hospitalized after contracting coronavirus.

The Four Seasons’ string of historic hits include “Sherry,” “Working My Way Back to You” and the sultry 1967 smash “Can’t Take My Eyes Off You.”

Valli and Bob Gaudio, members of The Four Seasons, expressed “great sadness” over the death of their bandmate.

“We send our love to his family during this most difficult time,” Valli and Gaudio said in the joint statement. “He will be missed by all who loved him.”

New life was breathed into The Four Seasons years after their success in the Broadway hit “Jersey Boys.” 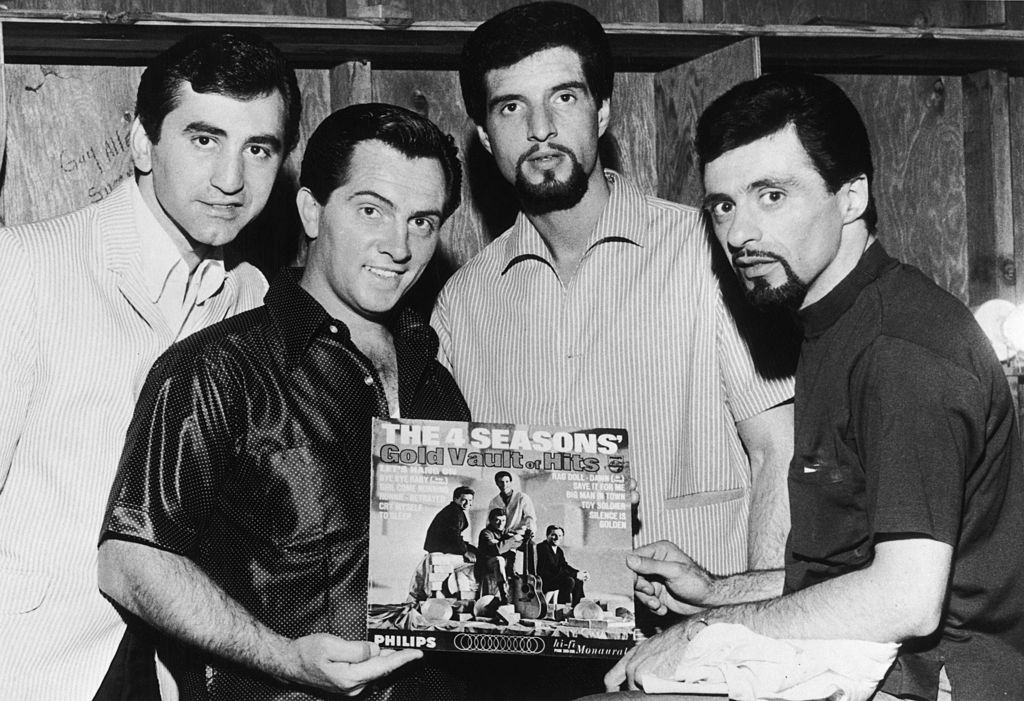 The Four Seasons with their album ‘The 4 Seasons’ Gold Vault Of Hits’, circa 1966. (Photo by Hulton Archive/Getty Images)

In the musical, the character based on DeVito explained: “If you’re from my neighborhood, you got three ways out: You could join the army. You could get mobbed up. Or — you could become a star.”

Hilary Duff's Husband Tattoos Her Name On His Butt

"I Am A Work In Process": Ellen DeGeneres Makes On-Air Apology For "Toxic Work Environment"