As if we weren’t already close enough to dying our hair in iso, Kim Kardashian’s latest selfies have got us saying, “pass the damn hair dye!”.

The Keeping Up With The Kardashian star has just gone and surprised us all by dying her hair a fiery shade of red!

Yep, she’s said goodbye to her dark brown/black locks and said hello to a 2010-esque Rihanna shade of red. 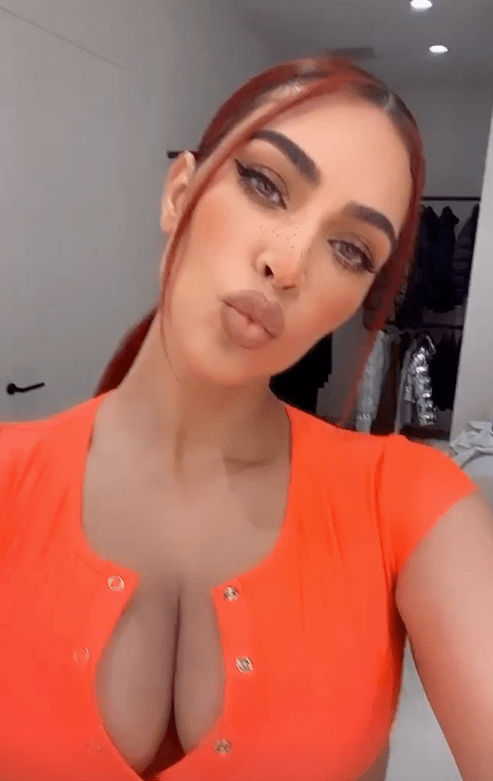 And of course, being Kim freaking Kardashian she looks as amazing as ever with the new hairdo!

According to People, it’s not a wig either. They spoke with her hairstylist Chris Appleton that said her red hair is coming straight from her scalp! (Odd way to put it but basically it ain’t fake!)

“You guys I dyed my hair red,” Kim told her followers in a video posted to her social media accounts. “Do you love it?”

In the video Kim’s hair was tied back in a top knot with a few strands left flowing at the front with a middle part. Her roots were left a dark brunette colour while the rest of her hair was dyed a burning red.

It definitely suits her that’s for sure!

Here We Go Again! Apparently Mamma Mia Is Getting A Third Movie