A US teenager certainly learned his lesson when his parents sold all his stuff after he took their car on a joyride!

While the Martinez’s were away celebrating their wedding anniversary in Las Vegas, they received a call from local police in Phoenix to say their Range Rover was speeding around the neighbourhood with their 14-year-old son behind the wheel.

Safe to say Angel won’t be messing up again any time soon! 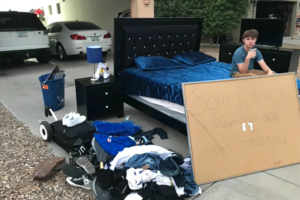 Which Classic Toys Have You Kept In The Family?

Did Anyone Hear That Bang?