When you instruct a radio announcer of 20+ years to write an article surrounding something about which he feels passionate, you’re bound to end up with a story like this one. ‘Tis the story of a humble beetle called the Regimbartia attenuata or, as I like to call it, “The Butt Beetle”!

Yes, friends, it’s time to celebrate the life of an aquatic insect that is more hardcore than Clint Eastwood and John Wick combined. You see, our six-legged friend re-defines the word “tough” by surviving being eaten by a frog, 90% of the time.

Until recently, it’s been assumed by scientists that a bug, once eaten, is dead. To be fair, I would have thought the same, but it’s not always true. As it turns out, the butt beetle is made of sterner stuff. It can (and will) survive the journey through its attacker’s digestive tract nine times out of ten.

Apparently, this brave little chap will scurry and crawl his way through the darkness and the poop, to be birthed again at the backdoor of frog town, like a tiny, armoured boss. 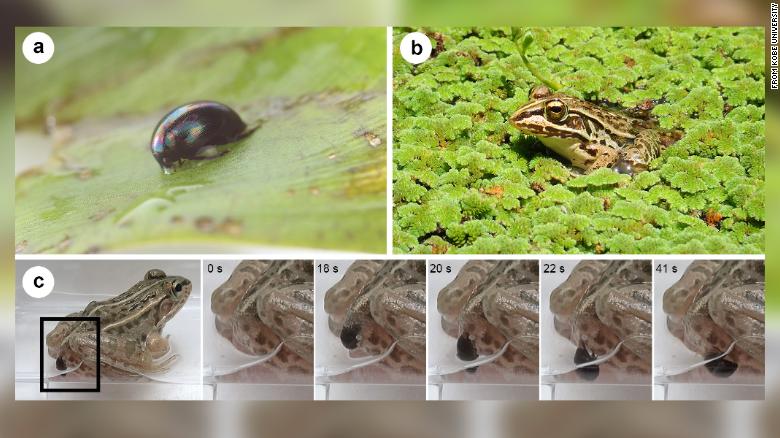 If nothing else, as you slave away today, working for the man, spare a thought for this sturdy wee critter who is more rock ‘n’ roll than you and I will ever be. If he can survive the digestive tract of a dark spotted frog, you can survive that board meeting over Zoom.