When six-year-old Owen Colley found out about the Australian bushfires two weeks ago, he asked his mum whether any animals had been affected.

The young boy from Hingham, Massachusetts quietly left the room, and returned with a hand-drawn picture of a kangaroo, a koala and a dingo in the rain. The picture expressed his ultimate desire for Australia to receive rain and wildlife relief.

“We asked him if he wanted to help and… together we came up with this. We could make some clay koalas and give them in response to donations from friends and family.”

Owen started making little koalas out of clay for each person who donates $50 or more to Wildlife Rescue South Coast, a wildlife rescue group in New South Wales. So far, he has made around 55 clay koalas.

Owen uses silver Sculpey clay to make the head and body, and adds white clay to make its fluffy ears. Black clay is then used to shape the face. They are then baked in the oven for 17 minutes at 275 degrees. 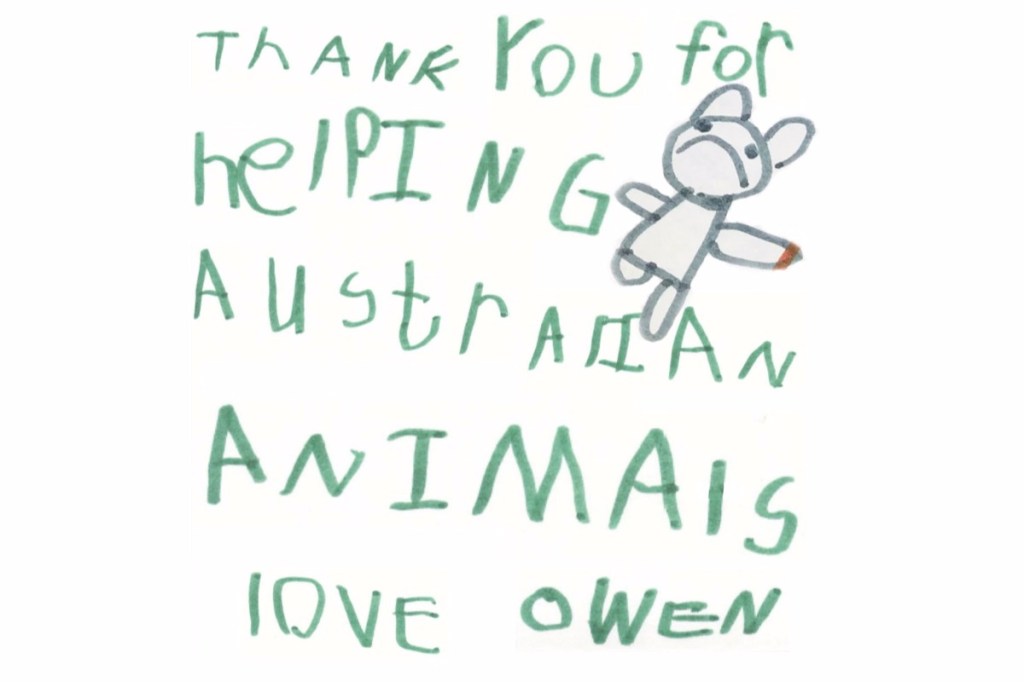 In just one week, Owen has managed to raise more than $56,000 despite their fundraising goal being $1,400. The fundraiser has become so big that the family launched a GoFundMe campaign.

His connection to the country stems from his father, Simon who grew up in Sydney. Owen even spent a few months in Australia when he was a toddler.

“He’s very proud of the fact that he lived there. I don’t think he remembers any of it but he’s proud of it,” Caitlin explains.

2019 Was Australia's Hottest And Driest Year On Record

How You Can Donate To The Bushfire Appeal

Millions Of Animals Will Perish This Weekend As Bushfire Crisis Worsens