Canberrans will be able to enjoy greater freedoms from this Friday with the ACT’s lockdown confirmed to end on Thursday night.

A meeting of the ACT’s emergency cabinet on Monday confirmed the end of stay-at-home orders in the Territory at 11:59pm this Thursday 14 October.

Chief Minister, Andrew Barr made the announcement during Tuesday’s press conference where he also announced an expansion of the Canberra ‘border bubble’ from Friday.

The ACT’s standing exemption orders, which currently apply to 10 surrounding postcodes, will now include the towns of Braidwood, Goulburn, Cooma and Gundagai.

People living in approved postcodes will be allowed to travel to the ACT to access education, shopping, healthcare, work and to visit family and friends under ACT gathering limits.

See the ACT’s travel arrangements and what’s changing from Friday below: 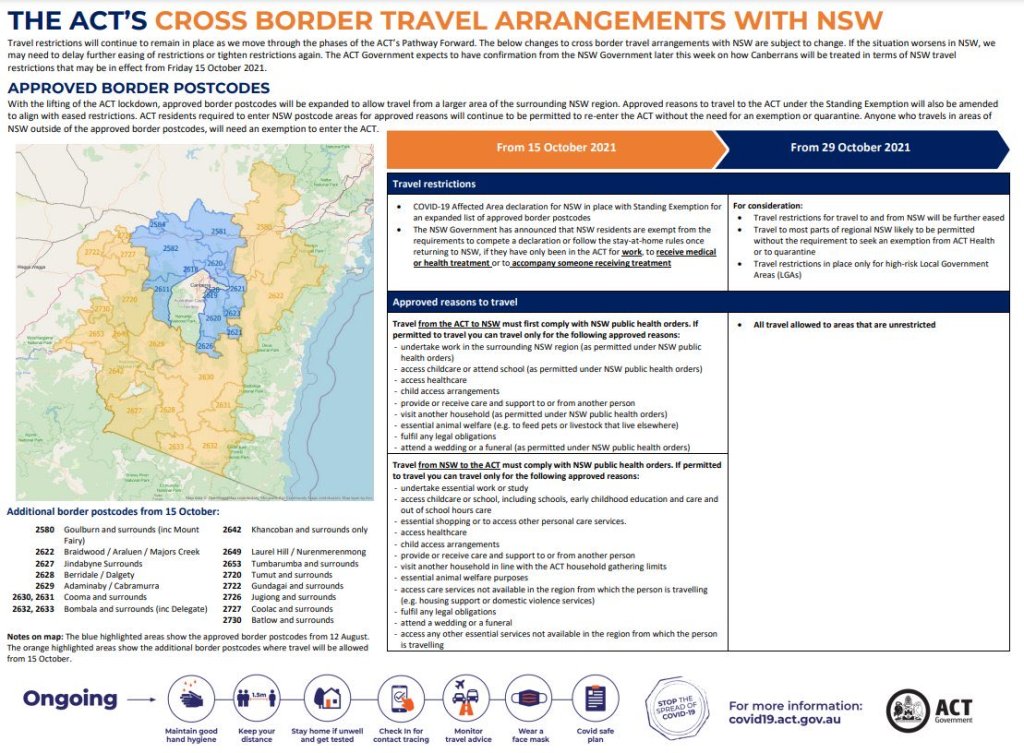 The news comes as the ACT record 28 new cases of the virus on Tuesday.

Of those, 16 present a transmission risk to the community.

There are 19 COVID patients in hospital with 8 in ICU, 6 of those requiring breathing support.

Feds have 'No Plans' to overturn ban on Euthanasia