He’s arguably one of Canberra’s most famous pigs but now Alife has found himself a forever home on a property about 100kms south of the city.

Alfie made headlines last month after a drugged-up adventure through the city on his way home from a visit to the vet.

Freshly castrated, the rescue pig managed to escape his pen on the back of a ute, jumping off as it travelled around State Circle.

Thankfully, Alfie managed to escape being hit by other drivers with occupants of the car travelling behind the ute pulling over to ensure Alfie found his way away from the road.

Still a little groggy from his procedure Alfie managed to make his way further away from the busy traffic before laying down under a tree near Parliament House to catch his breath. 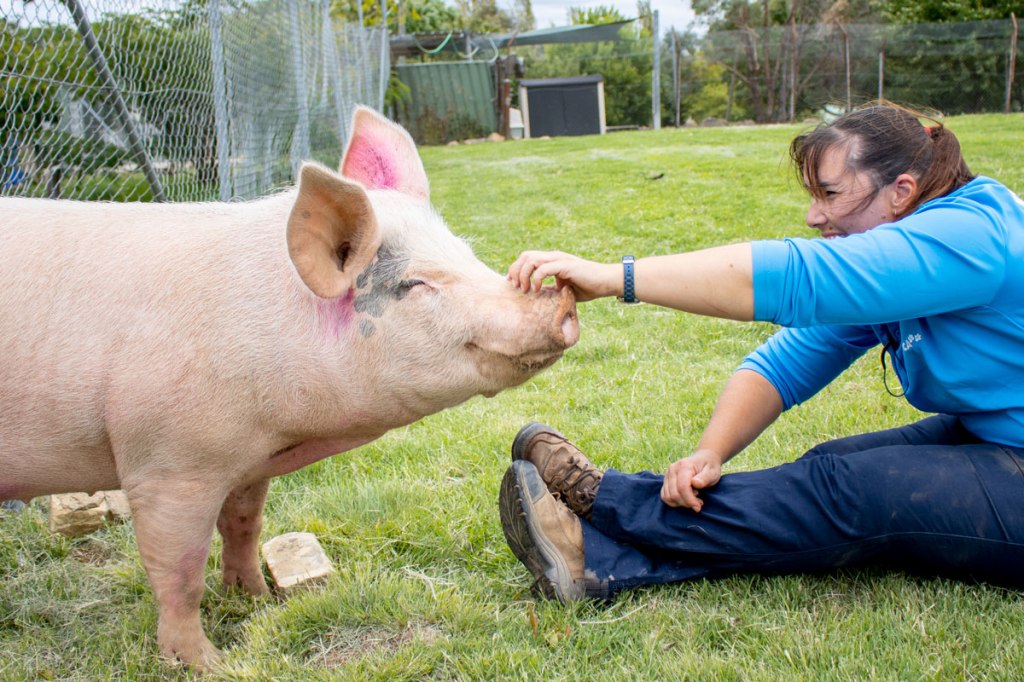 RSPCA Staff arrived not long after to ensure the 100-kilogram creature’s safe return to its Weston shelter, with Alfie escaping with only some minor scratches and grazes.

Now, about a month on from his big adventure, Alfie is resting easy at his new home on a hobby farm south of Canberra.

After spending more than 170 days at the RSPCA’s Weston shelter we’re told Alfie has settled in well to his new home and is as happy as a pig in mud.

Kristen reads out some 'spicy' things she's been sent about Nige's new look.

Enlighten's Canberra Balloon Spectacular is finishing up for 2021

The time is here...Nige's shaves his head