Much-loved woolly therapists Paprika, Willow and Giraffe will take a well-earned rest with the Canberra Region’s Alpaca Therapy program coming to an end.

Operators made the decision to wrap up the program after 17 years of service amid their own personal health challenges.

Nils Lantzke, founder of Alpaca Therapy, said it was a tough call to make.

The herd of Alpacas have spent the best part of two decades visiting schools, universities, care services, mental health units and hospitals across the region, brining joy and comfort to those who met them.

“I remember so many people, it’s such an honour to be with people in their final days and to be invited into the family’s inner circle – it’s more precious than anything else I think.” 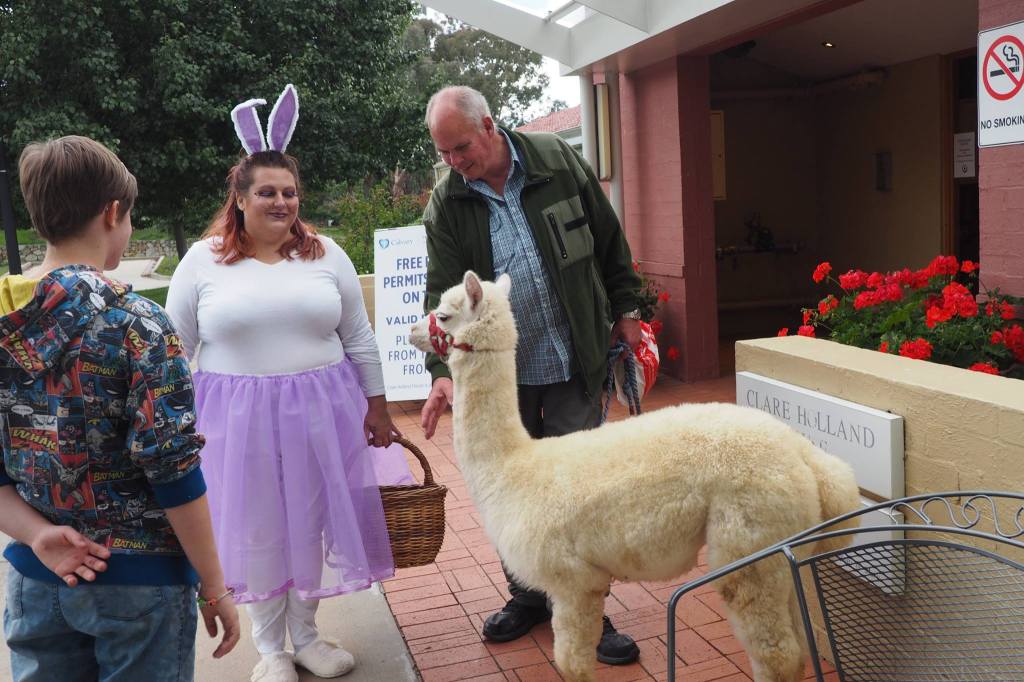 The news of the program’s end has come as a shock to many, with locals taking to social media to share their encounters with the cuddly creatures.

An emotional Mr Lantzke said he’s been blown away by the love he’s received from the community.

“Seeing all those comments is like standing at the edge of a pond and throwing a pebble in and the ripples seem to go on forever.”

“I never realised the affect the Alpacas had on people, it’s just been a huge honour.”

The Canberra community also came together in support of the program back in 2019 when therapy alpaca Mimosa was fatally attacked by a dog while out on a walk.

Locals and businesses chipping in to help raise funds to gift, then calf, Paprika, to the program’s herd.

Paprika, Willow and Giraffe will now join Mr Lantzke’s other and former serving alpacas who are enjoying their down time on a farm outside Canberra.

As for Nils, he’s yet to figure out what he’ll do next but for now it’s a well-deserved break.