The Rainbow flag is flying out the front of the ACT Legislative Assembly on Monday to mark the International Day against Homophobia, Biphobia, Interphobia and Transphobia.

The day is observed on May 17 each year, commemorating the decision by the World Health Organisation to declassify homosexuality as a mental disorder back in 1990.

Chief Minster, Andrew Barr, who is openly gay, took to Facebook on Monday to recognise the importance of the day.

“Today Canberrans stand alongside the LGBTQIA+ community to celebrate the significant progress of inclusion and equality that has been made in the city.”

“Together, let’s make Canberra a city where we are all visible, valued and respected.” 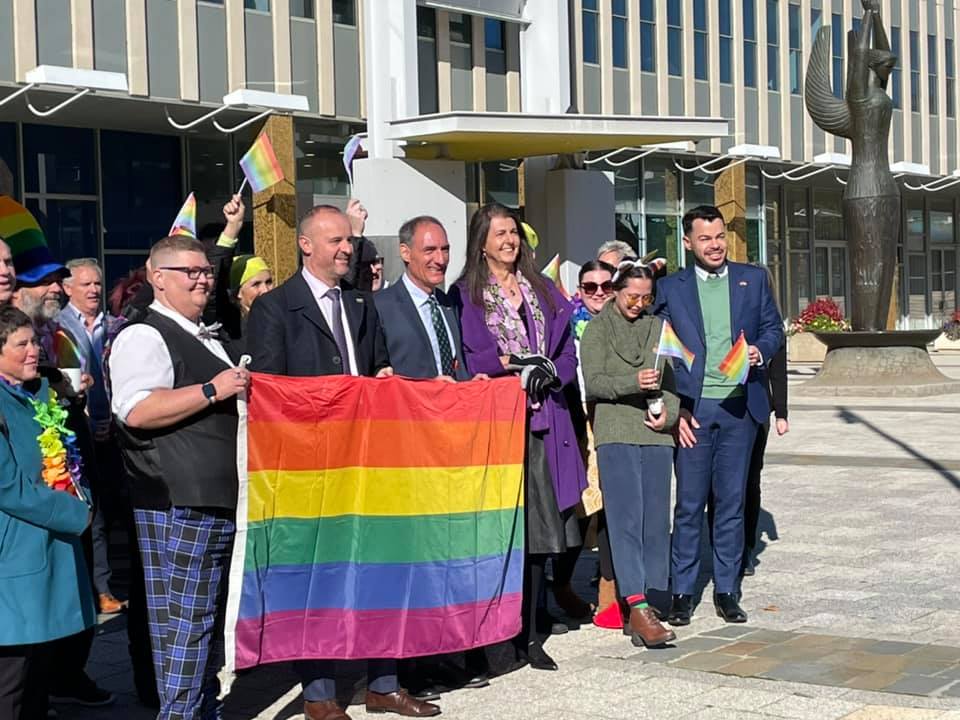 “I would strongly encourage all Canberrans to educate themselves on the complexity of experience of sexuality and gender diverse Canberrans and to hug a queer person today.”

The ACT continues to be one of Australia’s leading jurisdictions to recognise the rights of its LGBTIQ+ residents.