The Monaro Police District have established Strike Force Varga to investigate a serious crash near Cooma last month that left an officer in hospital with serious head injuries.

Officers were in pursuit of a stolen vehicle along the Monaro Highway back on Monday 30 August when the ute they were chasing stopped and the driver allegedly fled on foot.

A short chase followed before the driver is accused of jumping into a white Audi two-door sedan which then collided with one of the officers.

The officer involved suffered serious head injuries and was flown to Canberra Hospital, he’s since been released and is now recovering at home.

As part of their investigation, Police have already found the Audi involved had earlier also been reported stolen and was later found burnt out back in the ACT the following day.

Now, Police have released images of man and woman, pictured in the Audi, who they’re keen to speak to. 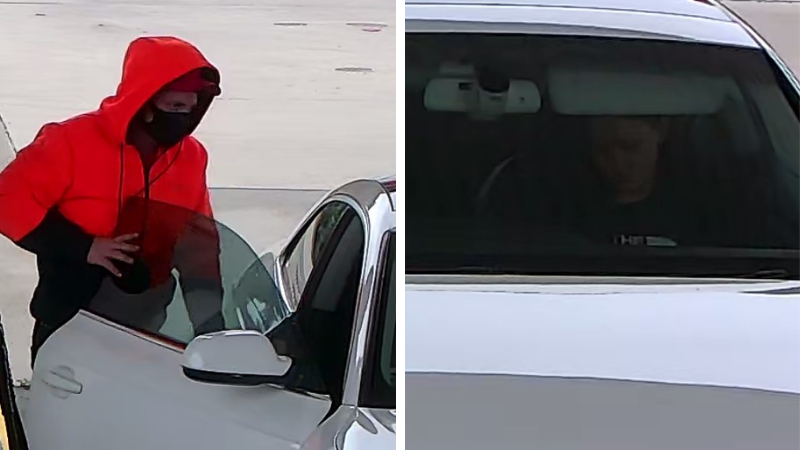 The man is described as being Caucasian in appearance with brown hair, he is shown wearing a black and orange hi-vis hooded jumper, black pants and light-coloured Adidas sneakers.

He was also wearing a red cap and a black face mask.

The woman is described as having long dark hair and is shown wearing a black ‘North Face’ shirt and a ring on her left middle finger.

Anyone who recognises the pair or who has information about the incident is urged to contact Crime Stoppers on 1800 333 000.

Woman under quarantine orders charged with drink driving in Canberra

How the Canberra region is faring in the ‘Race to Vaccinate’