Eight people have been arrested in Canberra on Tuesday accused of property damage and other offences following demonstrations at Parliament House at The Lodge.

Members of the Extinction Rebellion group took to Parliament House just after 8am to call on the Federal Government to do more to address climate change.

During their protest, the alleged offenders are accused of graffitiing the walls of Parliament House, gluing themselves to the forecourt of the building and setting a pram on fire out the front.

Police responded to the scene just before 9am, receiving reports of similar activity at the Prime Minister’s Canberra residence about half an hour later. 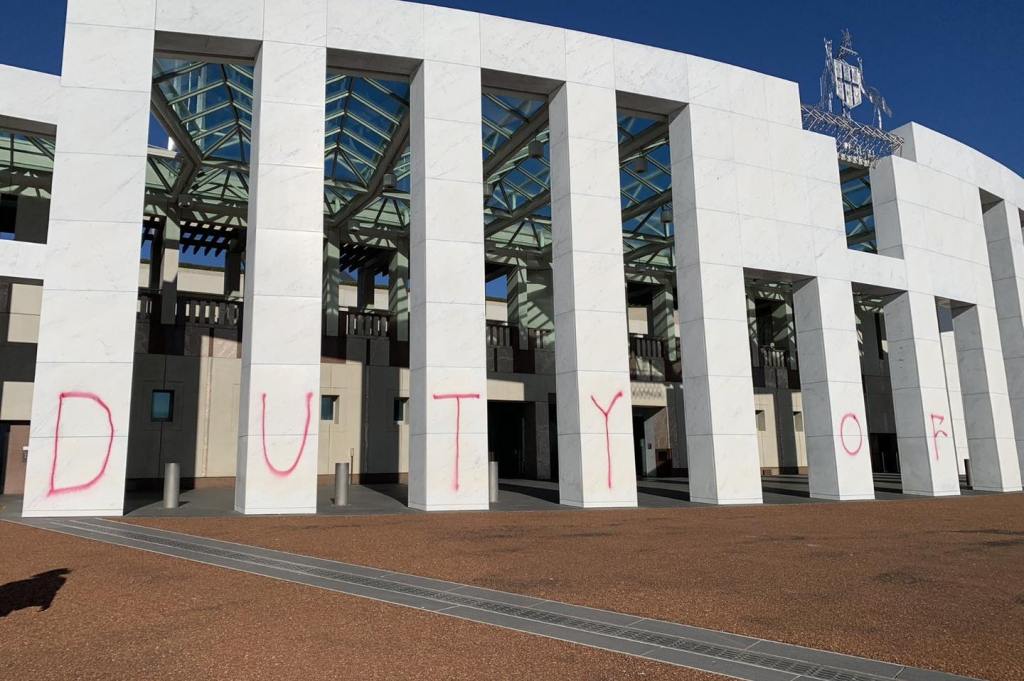 AFP Search and Rescue personnel attended to assist in removing the people who had glued themselves to the ground.

Charges are expected to be laid.

The group responsible carried out similar demonstrations last week, taking to Canberra’s streets during peak hour traffic and vandalising the reception of the Department of Agriculture, Water and the Environment in Parkes.

Australia marks one year since our worst day of the pandemic

Goulburn's jail goes into lockdown and inmates tested for COVID-19

COVID BORDERS: Where Canberrans can and can't go