The clean-up from this week’s heavy rain is continuing in Queanbeyan on Friday, following minor flooding along the Queanbeyan River.

Low level crossings were closed, including the Morrisset Road bridge, as the water level peaked at more than 5 metres early on Wednesday morning.

With water levels subsiding, council crews have been out inspecting the damage and have begun carrying out repairs. 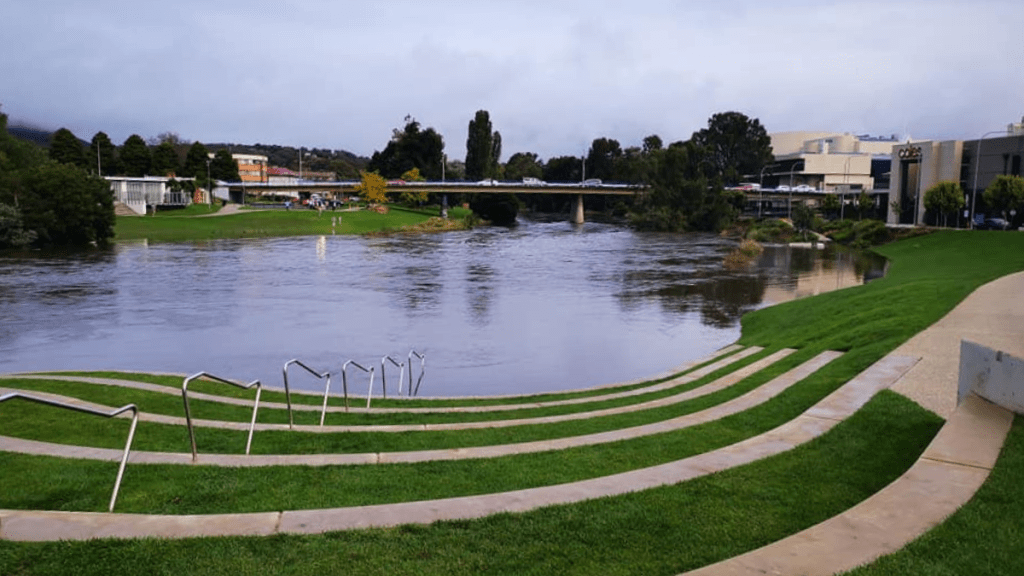 However, the council also warns a number of potholes have formed, with a number of roads across the region also inline for repairs over the coming days and weeks.

Drivers are being encouraged to slow down and drive to the conditions are repair works are carried out.

While, in the ACT, work to remove debris from Lake Burley Griffin is also underway.

Trees, logs and vegetation will be removed and mulched for use across the Parliamentary Triangle.

Lake users are being urged to avoid swimming in the water over the coming days due to increased bacterial levels following the heavy rain.

Tidbinbilla nature reserve is also set to reopen to the public on Saturday after the wet weather also forced the closure of the park.