ACT Emergency Services have responded to more than 53 calls for help from the wet weather across the Territory since the early hours of Tuesday morning.

SES volunteers were called out to incidents of leaking roofs, fallen trees and powerlines and flooded roads across the city.

More than 58 millimeters of rain has fallen in Tuggeranong in the 24 hours to 9am on Tuesday with 30 mils at the Airport while there’s plenty more expected throughout the day. 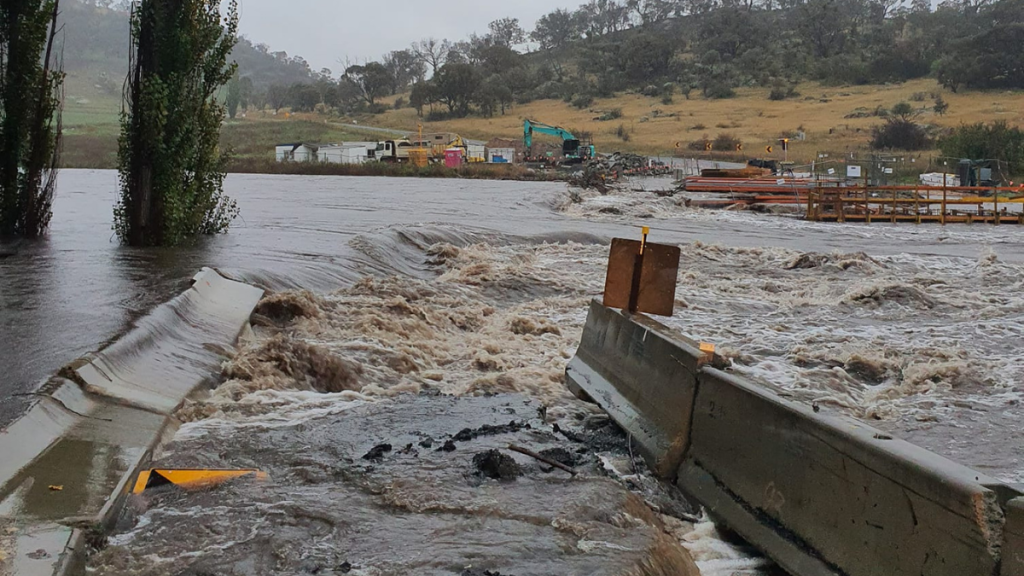 It’s also been a wet start to the morning on Canberra’s roads with two crashes slowing peak hour traffic.

A six-car pileup on the Tuggeranong Parkway, under the Cotter Road overpass just before 9 am saw some big delays Northbound, however that’s since been cleared.

While there was another crash near the intersection of Hindmarsh Drive and Canberra Avenue at Symonston.

Thankfully, no major injuries were reported from either incident.

A Minor Flood Watch remains in place for the Queanbeyan and Molonglo Rivers, as well as a severe weather warning for heavy rain for the ACT and much of NSW.

A number of roads across the region are also still closed, while the Morisset low level bridge in Queanbeyan is now also closed.

Some ACT Parks will be closed on Tuesday and Wednesday due to the wet weather, including:

The wet weather across the region is expected to ease by midday but authorities warn river levels will continue to rise.

Kristen & Nige Reveal the Truth Behind the Belco Owl Statue

Long recovery ahead, one year on from covid lockdown