Police are investigating a ram raid style burglary in Melba in the early hours on Tuesday morning.

Officers were called to the IGA store at about 3:33am, discovering extensive damage to the store’s shopfront.

The alleged offenders appear to have used a stolen silver Ford Ranger with NSW registration CN5-42X, getting away with a number of items from the store including cigarettes. 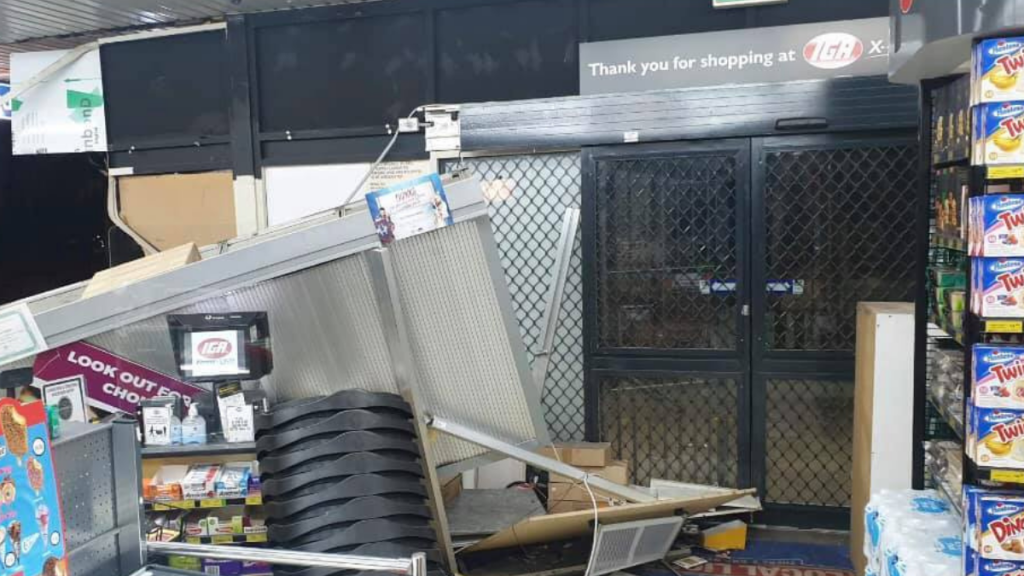 Images uploaded to Facebook show the damage left behind following the raid.

The vehicle involved was found burnt out in Evatt a short time later.

Anyone with information or footage of the vehicle around the time of the incident is encouraged to contact Crime Stoppers on 1800 333 000.

Courts Has a Hard Realisation About Women in Media

We chat to Dr. Brad Tucker about all things happening in space this week.