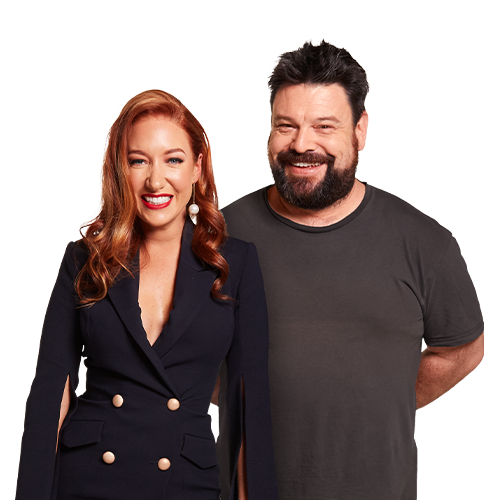 Join the party on:

Music that makes you feel good

Kristen Davidson and Nige Johnson are Canberra’s radio power couple – they’re the most recognisable and successful media personalities in the capital.

Friends for over a decade, this pair have consistently delivered Canberra’s number 1 radio show since launching in 2018. However don’t be fooled, they’ve been on air for longer than that, just doing their own thing….

Kristen is Canberra’s number 1 female radio personality, leading the Mix Breakfast show for over 6 years. A journalist by trade, you’ve probably seen her on TV, read one of her columns in various publications or follow her popular socials.

Nige is a video gamer, Dad to cat Harri and the King of Canberra radio – broadcasting in the capital for over 20 years.

With Kristen and Nige, you enjoy breakfast with friends. They’re the most informative, fun, thoughtful pair who deliver a show that’s everything Canberra.

Catch up with the latest unmissable on-air antics…

Decking Hall’s 1882 with bounds of Kristen and Nige

These Movies Are Now 20 Years Old? How?

Billy Got ID'd and Kristen and Nige Aren't Happy

When The Wrong Name Sticks With You

More from the studio

Kristen and Nige Broke Up... In His Dream

Turns out Nige's celebrity crush was actually one caller's teacher

This One No-No is Is More Common Than We Thought

Who Was 'Best Dressed' At The Christmas Party? Kristen or Nige?

Are You Less Rock'N'Roll Than Nige?

Who Is Happier? Nortside Or Southside?

What's The Strange Items Your Kid Took With Them... EVERYWHERE?!