It was a message in the sky that captured the attention of Canberrans right across the city on Wednesday afternoon.

“Marry Me Scott?” written above the Nation’s Capital, with many turning to social media in search of Scott’s answer.

Amber ‘Bambi’ Carroll was the one popping the big question and had been planning the ‘epic’ proposal for about a month.

Hiding around the corner of Scott’s workplace, Amber and a friend waited nervously for the full message to be spelt out before driving around the front with Amber poking out of the sunroof in scenes reminiscent of Richard Gere in Pretty Woman.

“I was standing on my centre console in my car, with my body out of the sunroof – he was looking up into the sky then looked over and I could see he just had the biggest grin on his face and there were a few tears and he came running over to the side of the car, said ‘Yes’ and I gave him a kiss.”

“Then I jumped out of the car and grabbed him behind the car and had many more kisses [laugh].”

The Canberra Notice Board on Facebook lit up with snaps of the message on Wednesday afternoon with many offering congratulations to the couple while trying to find out exactly what ‘Scott’ said.

The newly engaged couple noticed the attention they were receiving so jumped online to share the news. 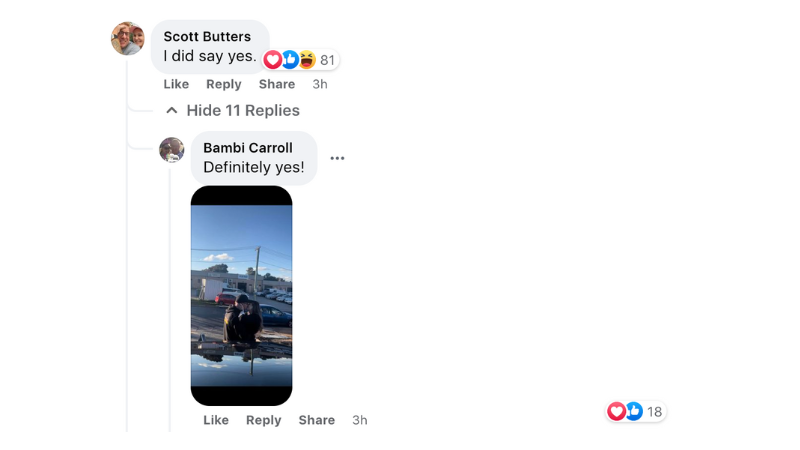 “I was shocked, it was Scott who sent the post through to me from the Canberra Notice Board.”

“I couldn’t believe that everyone was asking ‘what did he say’ and ‘we have to know’.” Carroll said.

The picture perfect proposal on Wednesday was followed up by a quiet night in for the pair with steak, chips and corn on the dinner menu at home.

“Scott then drew us a lovely bath and we sat in the bath and talked about what the wedding would be like, what we would want and all those sorts of things.”

Small amounts of illegal drugs to be decriminalised in the ACT